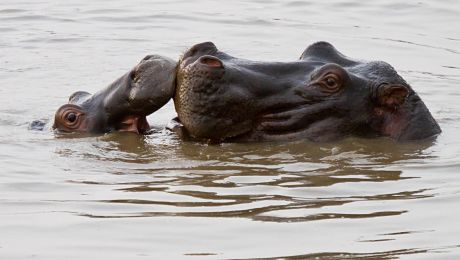 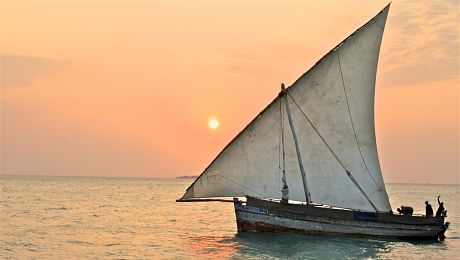 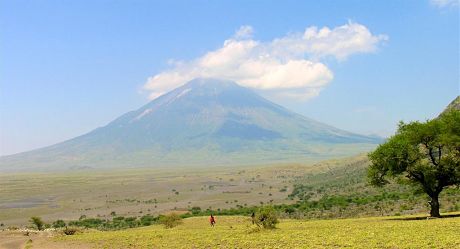 The well-developed tourism infrastructure enables guests to hop seamlessly between the slopes of Kilimanjaro, the plains of the Serengeti and the shores of the Indian Ocean within a few weeks, building the ultimate African getaway, available nowhere else on the continent.

On the coast, guests sail through calm turquoise waters stopping only to lie on secluded beaches and snorkel through vibrant tropical reefs off Zanzibar’s archipelago.

In the north, safari-goers drive across the savannah and through the bush, observing areas that teem with wildlife and activity in the Serengeti. Towards the south, adventurers explore the wilderness on foot, intimately learning about the dynamics and intricacies of the wild in the untrammeled Selous Game Reserve. Finally, those looking for a physical challenge hike to the roof of Africa, looking down over the plains and jungles that launch up to the world’s highest freestanding mountain, Kilimanjaro.

Throughout any Aventura package, guests inevitably remember the warm hospitality of Tanzanians, and the rich culture that envelops the country. Performances from the infamous Masaai tribes, historical tours of the cobbled Swahili streets of Stone Town, and the friendly guides that accompany guests along the way, always stand out as a highlight.

Aventura operates solely in Tanzania quite simply because we wholeheartedly believe it is the best country in Africa to visit – and studies, guests and friends agree! Whether you seek a mountain adventure, a romantic coastal honeymoon, total cultural immersion or absolute luxury, the variety in Tanzania is able to cater all individuals, visions and levels of experience. Be warned however, that a visit to Tanzania will be the beginning of a long love for the magic and wonder of our home country.

Read on to learn more about the regions throughout Tanzania!

Visitors could, and often do, spend years returning to Tanzania, each year diving deeper into the bush or becoming more secluded on the beach. For many however, a trip to Tanzania is a “once in a lifetime” opportunity. As such, these are the absolute must-sees:

The area known today as Tanzania has a long history that dates back roughly 3.6 million years, to the time of our earliest ancestors, the australopithecines. Since discovered by anthropologist Mary Leakey in 1978, historians have uncovered numerous cultures and societies that have influenced the development of modern day Tanzania.

Hunter-gatherers were initially of great significance to the region, as they dominated the area roughly 10,000 years ago. 3,000 – 5,000 years ago, these initial tribes integrated with cattle herders migrating south from Ethiopia, further developing agricultural practices. Waves of migration and change continued over the centuries, with most modern Tanzanians tracing lineage to a wave of migrants from the Niger delta during the 1st century. Additional migrants arrived from what is now the Sudan between the 15th and 18th century, further diversifying the cultural landscape. During this period, Tanzania and the Zanzibar archipelago became central to eastern trade and slavery routes, sparking the development of Swahili, a fusion of African and Islamic cultures. 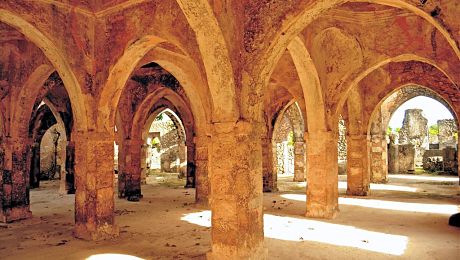 Portuguese explorer Vasco de Gama was the first European to visit the territory of Tanzania in 1498. While initially a Portuguese colony, the country shifted between various colonial powers, beginning with the Omani Arabs, then Germans, and ultimately the British. From 1919 until 1961, the territory was a British colony called Taganyika.

Throughout the mid twentieth century, as independence movements began across Africa, Tanzanian schoolteacher Julius Nyerere peacefully led Taganyika to independent rule. In 1963, Zanzibar too achieved independence; however, independence here came through a violent leftist revolution, that ultimately led Tanganyika and Zanzibar to merge into one country – Tanzania.

Under Nyerere, Tanzania was a leader in African socialism. Under single party rule, the Party of the Revolution issued various decrees stating the importance of cooperative agriculture: ujamaa or, familyhood. This led to rapid growth in rural regions, matched with urban decentralization. Though a controversial figure, many remember Nyerere for his ability to unite a diverse and separated country. He resigned in 1985, and was replaced by the president of Zanzibar.

In 1992, Tanzania amended its constitution to allow for multi-party politics, which Tanzanians have upheld in the years since. Though allegations of corruption and inefficiency are prevalent in current Tanzanian media, the country is, by in large, a model for African development. The country has experienced strong economic growth, which led to the cancellation of over USD 640M of debt owed by Tanzania to the African Development Bank. The 2012 discovery of an enormous reserve of off shore natural gas has sparked further growth and development in the Tanzanian economy and supporting industries. 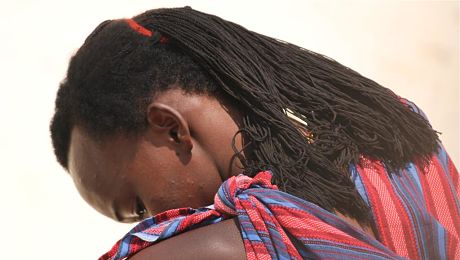 Tribes and Religion: Tanzania has always been a culturally diverse area. While English and Kiswahili officially unite the country, it is home to over 120 languages and more than 260 tribes, which coexist peacefully. The Masaai are among the most recognizable tribal groups, with their intricate jewellery, nomadic tendencies, infamous plaid blankets and remarkable jumping abilities. Most northern safaris make a point of including at least one Masaai village visit as part of the itinerary.Continental Tanzania is predominantly Christian, with Islam becoming increasingly prevalent towards the coast and throughout the Archipelago. Zanzibar itself has a long history as an Islamic settlement and trading route; as such, the population on the island today is over 99% Muslim. 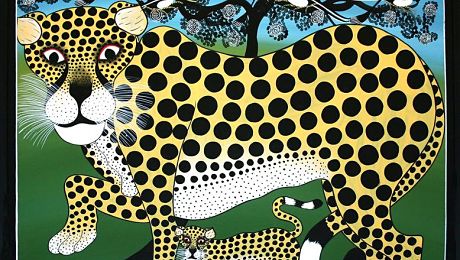 Art: During the second half of the twentieth century, Tanzanian artist Edward Said Tingatinga championed a unique style of painting that has since spread throughout eastern Africa. Named after the artist, Tingatinga paintings are traditionally done on masonite or canvas with layers of brightly coloured bicycle paint. They often depict Tanzania culture, wildlife and landscape that appeal to the tourist market.In Southern Tanzania, it is possible to find the carvings of the Makonde tribe. Known for intricately carving numerous village scenes and stories out of single pieces of ebony, these carvings have become a significant component of modern African art. 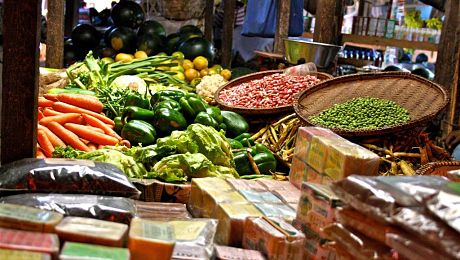 Cuisine: Tanzanian cuisine is as varied as numerous cultures that exist within the country. Coastal food is typically rich with local flavours and spices endemic to the region. Coconut sauces infused with spices grown throughout the archipelago make for lively and inventive seafood dishes, served over a bed of savory coconut rice. A tour through a spice plantation gives added insight into the cultural and historical value in the recipes and spices sampled! 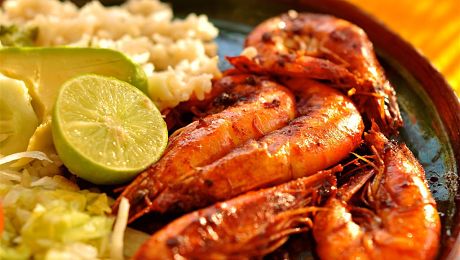 While the methods are often basic, the variety in meat available is sure to be of interest to any adventurous carnivore. Impala, crocodile, and warthog are among local specialities, in addition to the usual availability of goat, chicken and beef. And of course – do not forget to snack on a wide variety of tropical fruits, available throughout the country!

In major cities, the prevalence of south Indian culture becomes apparent with chapatis, biryanis, pilafs and curries readily available, in addition to a wide variety of international foods. On a tour through Tanzania, most lodges offer modern interpretations of local recipes, making a culinary adventure one of the many things to look forward too!

Swahili refers to both the culture and the language (Kiswahili) of people that inhabit the Indian Coast – from Kenya to northern Mozambique, and inland to Uganda. The culture has emerged through the intertwined history of the Bantu-speaking Africans with Middle Eastern, Indian, Persian and Portuguese influences. 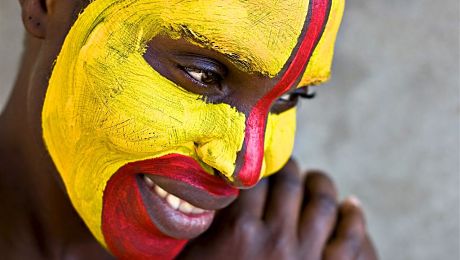 The culture first took shape in the 2nd and 3rd centuries, with the establishment of trade settlements by Persian and Arab merchants and explorers. In the subsequent centuries, coastal African communities – Zanzibar especially – grew deeply intertwined with the rising Persian Empire, and Islam became the dominant religion. Business and trade flourished during this time, and the region became known for its exports of slaves, ebony, gold, ivory and sandalwood. Class structure dominated societal relations, and those identifying as Arab-African descendants were the elite. In the 16th century, Portuguese explorers began to arrive in the area, and the region saw a marked decline in its commercial success.

Today, Kiswahili linguistically unites much of Africa. While it is mother tongue to only 5 million speakers, total speakers exceeds 140 million throughout all of southeastern Africa. As it is Tanzania’s second official language, roughly 90% of the population speak Kiswahili. The language is an incorporation of the various regional influences, with grammatical and linguistic ties to Arabic, German, Portuguese, English and French to an initial Bantu language. Though previously written with Arabic script, modern Kiswahili uses the Latin alphabet, with slight regional variations in dialect.

A few helpful Kiswahili words include:

Swahili culture also continues to thrive throughout Tanzania; architecture lines the cobbled streets of Stone Town in Zanzibar, highlighting this community’s significance in coastal trade. The city itself is protected as a UNESCO World Heritage Site. Swahili art, including intricate woodcarvings, silver and finely woven polychrome mats, remain prevalent throughout the region. Local dress also highlights the continued Swahili influence. Women wear the Swahili Kanga, a square fabric used primarily as a skirt – though it has seemingly millions of other purposes. Brightly coloured, this rectangular cloth is a staple of daily African life.

Tanzania has a pleasant tropical climate, with slight regional variations. Higher altitude areas are often cooler and more arid, while coastal regions experience warmer temperatures and higher levels of humidity. Located just south of the equator, weather can be varied and unpredictable; however, the following trends are fairly reliable: 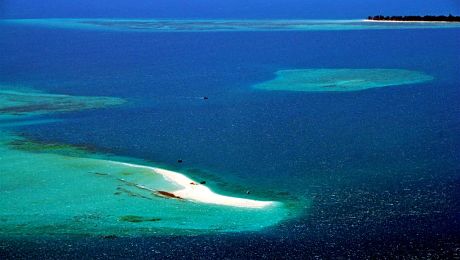 Drier months: are ideal for game viewing. With limited water sources remaining, wildlife predictably visits the few remaining watering sources. Towards the end of the dry season, the bush is also least dense, allowing for the greatest visibility.
Wetter months: are ideal for observing lush landscapes. Rains are typically confined to short but significant periods of rain each day, with sun throughout the rest of the day, making travel and outdoor activity still very much possible.

Warmer months: are ideal for hiking Kilimanjaro, as temperatures are markedly cooler at higher altitudes.
Cooler months: are generally ideal for travel and exploration, as temperatures are more manageable and rarely dip below 20 degrees Celsius.Peak season in Tanzania occurs in July and August and around Christmas and New Year. Crowds begin to subside in October and November.

Malaria: Regions of Tanzania present a risk of malaria, and we encourage all travelers to take appropriate prophylaxis during their vacations. Details on medications should be obtained from a local travel health specialist.

Vaccinations: Travel health professionals typically recommend Typhoid, Hepatitis A and B, Rabies and Yellow Fever vaccinations prior to travel, in addition to any standard immunizations. We encourage all clients to meet with their family physician and a travel health specialist to review their medical history and options. If arriving from or via a yellow fever infected country, documentation of the Yellow Fever Vaccination is mandatory upon arrival in Tanzania.

Crime: The safety and security of our guests is of utmost importance to the design of a safari through Aventura. While there are heightened risks when traveling throughout Africa, over one million tourists visit Tanzania annually without major incident. The country’s record of stable politics and limited crime make Tanzania a leader relative to neighbouring countries. Existing crime occurs predominantly within the major cities and is often targeted at resident and locals, rather than tourists. While in major cities, our guests stay at reputable hotels, which share our priority for safety and security. We offer numerous safe activities to undertake during the limited stay within these cities.

All guests will receive a thorough briefing on measures to ensure maximum safety and security. This includes traveling with minimal valuables, wearing a money belt and avoiding overt displays of wealth. Aventura additionally has thorough policies and procedures in place to ensure we mitigate all risk and, in the unlikely event of a problem that we deal with any issues swiftly and effectively.

If you are interested in this region, or any of our other Tanzanian safari locations, contact us by telephone on: +255 762 493 434 or email us here 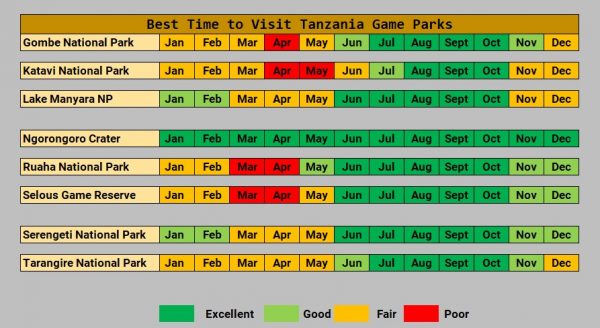