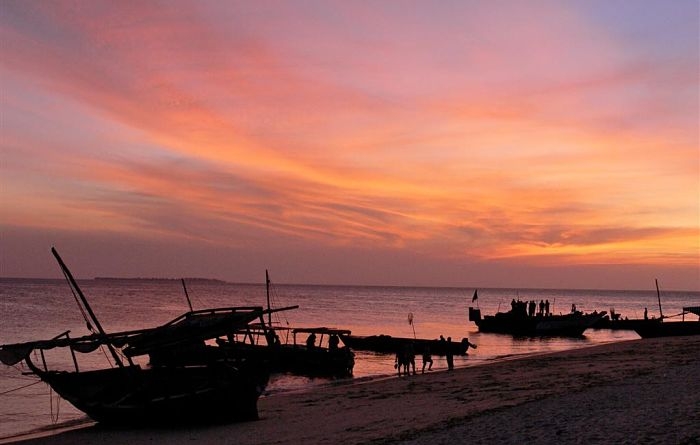 Best Seasons to Visit Tanzania
In Europe tourist destinations follow a predictable pattern. It’s cold and dark in winter, so nobody wants to go there. Then the resorts and cities get so packed in summer that you have to queue for ice-creams and sun loungers. Tanzania follows a different pattern. The country is marked by wet and dry seasons and there is no “best time” to visit Tanzania. Different times of year are better for different destinations, while the spread of tourism numbers across the year means that nowhere gets uncomfortably crowded. Regardless of when you come there is a great experience on offer. Here’s our quick guide:

January to February – Hot and Dry
• This is the hottest and driest time of the year in Tanzania so make sure you pack the suncream.
• During these months the Great Migration is at the south-eastern part of the Serengeti, and the wildebeest are carving on the endless grass plains.  This makes it a great time to visit the Serengeti and see hunting predators on a northern circuit safari.
• The dry warm weather also create ideal conditions for climbing Mount Kilimanjaro.
• Zanzibar is also popular at this time of year, although it’s advisable to get air-conditioning in your room as the daytime heat can be relentless

March to May – The Long Rains
• The main rainy season lasts for three months and tropical downpours occur on most days.
• Many lodges in Zanzibar and on the Southern Safari circuit close down, and this is officially the low season in Tanzania.
• However, the low tourist numbers mean the Northern Safari Circuit is at its least crowded, and you’ll have the wildlife all to yourself. While the country does get a lot of rain at this time, it’s rarely interrupts your plans or activities.

June – August – Cool and Dry
• The long dry season is the most popular time to visit Tanzania. That’s mainly because it has the most agreeable weather for anyone not used to the tropics.
• Zanzibar or any of the beach destinations are great at this time of year.
• Wildlife viewing is good although the Great Migration will probably be in Kenya at this time of year.
• The popularity of these months mean that the northern safari circuit is at its most crowded. Consider a Southern Circuit Safari which doesn’t get crowded any time of year.

September – late October – End of the Dry Season
• As the dry season continues, wildlife must come to the waterholes to drink, making animal spotting relatively easy.
• This is the arguably the best time of year to visit any of Tanzania’s wildlife reserves. The Northern Safari Circuit isn’t as crowded, while the game viewing on the Southern Safari circuit is at its most spectacular.
• It’s also an ideal time to climb Mount Kilimanjaro. It’s generally dry and not too cold near the summit.
• Zanzibar and all the beach destinations are ideal to visit at this time of year.

Late October – December – The Short Rains
• Short afternoon showers are common at this time of year although they’re not as heavy as in March to May.
• Wildlife viewing is still generally good, although the abundance of water means that game is widely scattered. This less popular time is good for a Northern Circuit Safari.
• The short rains don’t really impact on Zanzibar and the beach destinations.
• Mount Kilimanjaro often has its own eco-system and the increasing heat of these months mean it’s still a good time to climb.

For more personalised advice about your Tanzania experience speak to one of our team.